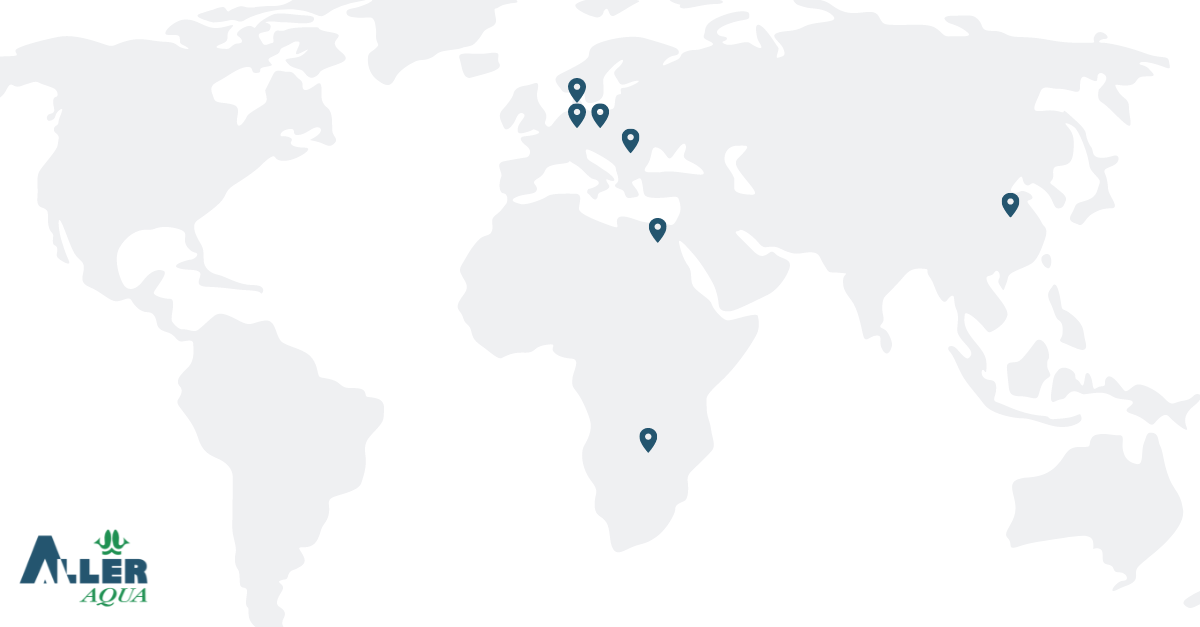 Henrik T. Halken Group Vice President at Aller Aqua was previously invited to a national radio station, amongst other experts, to discuss the future of Danish businesses while Russia and Ukraine are in an ongoing war.

After Henrik introduced Aller Aqua’s operations and manufacturing sites he was asked how the daily business is reacting and affected by the storm developed in Europe.

Henrik explained the two main directions the daily operations are being affected.

''Firstly, Russia was an export country towards a relatively small, but growing amount of feed which is now put on hold due to the sanctions. Secondly, Ukraine & Russia have been suppliers of different raw materials, especially vegetables, such as soya and sunflower. 10% of raw materials came from both Ukraine and Russia, and we already can see the side effects of replacing the suppliers,'' said Henrik.

When asked how to have these situations changed the way Aller Aqua thinks and does business, Henrik explained that at Aller Aqua sustainability is a focus in each area of the business. Using suppliers close by to reduce the CO2 footprint has been a great milestone for Aller Aqua but it is getting more challenging when nearby suppliers disappear.

''Prices of raw materials started to increase since the pandemic and with the recent problems, the prices increase reached unprecedented levels.
Getting back to the Russian market would probably require a complete change of the regime,'' continued Henrik.

''The Russian market is ''dead’’ for the Danish companies, and the sanctions will remain if there is no improvement or change. Aller Aqua’s biggest markets are Africa and Asia with a higher volume of sales, and these are markets that we have studied carefully and have now settled manufacturing sites. But these markets are also getting highly affected.
Egypt is a country with a high import of raw materials for fish feed from Russia and Ukraine and we can see how the difficulties with price changes and raw materials are appearing, adding the fact that Egypt's currency plunged by 17%,’’ he explained.

During the conversation, Henrik asked the other participants, about how they see the Chinese market evolving in this situation and if it would get eventually be politically affected.

The experts answered that after October it will be clearer to say, as that is the time after 20th Party Congress when the Chinese elite politics run towards the personnel changes. Like other countries, the Chinese have also understood the vitality of good relationships and stability.

The companies already settled in China, will not think to leave, as there are still great business opportunities although if a company is thinking of entering a new market they will probably not consider China as the first market, hence it can create some inhibitions.

Henrik continued the dialogue, bringing up a new point of view regarding the current situation, advising to see it as an opportunity to develop, come up with new solutions and become agile.

When asked how much of the communication does this situation fill in during customer and supplier communications, Henrik explained that it is taking all the place it can as there are high price increases and that concerns us all.

Henrik mentioned an example of when Aller Aqua first started in Egypt in 2011, and the crisis followed up. ''Aller Aqua chose to stay in the market as Aller Aqua produces fish feed for aquaculture, and there will always be a need for food, so there shouldn’t be room for overreaction,'' said Henrik.

Henrik T. Halken concluded that talk, mentioning that Aller Aqua sees other opportunities in Ukraine, as fish breeding is increasing throughout the world, and it’s expected to do so in Ukraine as well.

''Apart from that, we are in constant contact with our suppliers from Ukraine continuing to see all the possibilities and keeping the business running while we still can,’’ concluded Henrik.