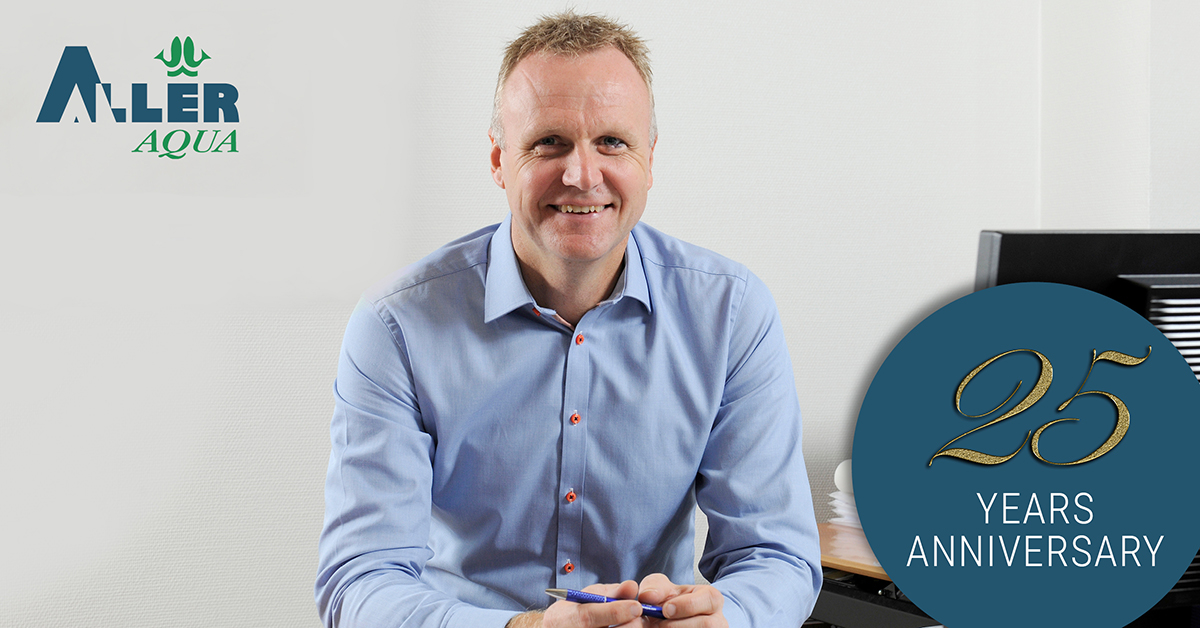 Carsten started his career as an accountant, initially at Ernst and Young and later at Price Waterhouse Coopers. 10 years later he began his journey as CFO of Aller Mølle, the company which in 2006 was split into two, dividing Aller Mølle and Aller Aqua. Whereas Aller Mølle was a traditional feed company, Aller Aqua focused on fish feed. Carsten continued with Aller Aqua and became partner of the company. He was drawn by the international prospects of the fish feed industry and has not been disappointed. Aller Aqua’s first international factory was opened in Poland in 2008, and since then factories in Germany, Egypt, Zambia, China and Serbia have been added to the list.

Carsten delivers on time every time and is systematic and dedicated. He has an ability to explain the complexity of his job in a simple manner. Carsten brings valuable input to all dialogues, particularly for the directors, the CEOs at our factories, but also for sales- and procurement functions where economics, finances and currency are important factors.

When starting up new business units, Carsten has frequently been the one implementing new financial systems and budgeting models, as well as explaining these to the people responsible locally. This has made a big difference for the management and for the daily running of our factories. Not everything has been smooth sailing, but Carsten manages to handle difficult conversations with focus on an optimum solution and with respect for the people and the culture that he operates in.

Carsten has equally and for these reasons earned great respect in all the financial institutions we cooperate with around the world.

He has now made his mark on Aller Aqua throughout 25 years, with his dedication, humour, and professional attitude. We mark his 25th anniversary with a small event in the office. A reception for friends, business partners and friends of the house will be held at a later date, when corona allows for it.